← more from
Waxsimile Productions
Get fresh music recommendations delivered to your inbox every Friday. 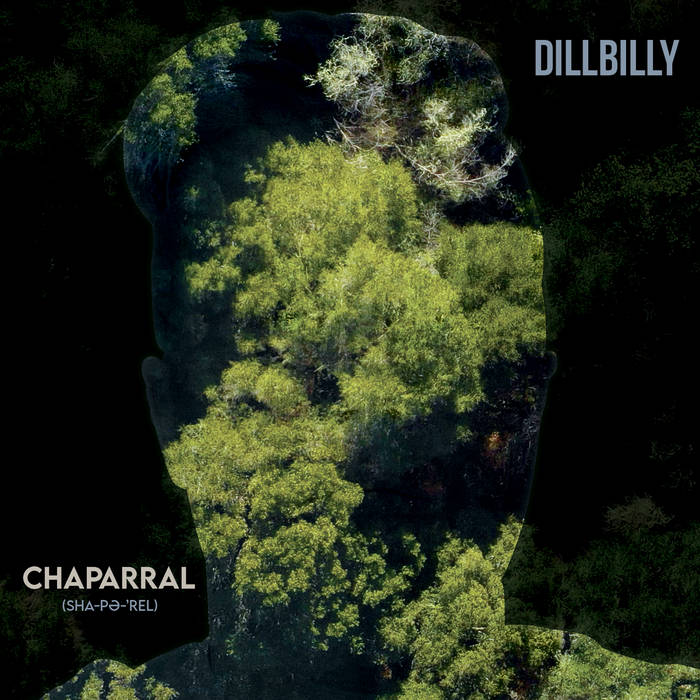 On Chaparral, the tenth studio recording from genre-queer songwriter Dillbilly, soulful countryfied rock, mournful resonant ballads, and Rust Belt bluegrass join hands and waltz around the bonfire. Dillbilly (pronouns: they/them) crafts songs laden with lyrics that investigate gender, queerness, class, privilege, and shame, taking a deep dive into the complexity and responsibility of being a white working-class queer from a red state. Winding tenderly through these introspective tales is an elegant voice that warbles like a jay, world-weary and vulnerable, yet glowing gently with a palpable inner strength. Featuring performances by a coterie of gifted artists, Chaparral is masterfully arranged and recorded; pristine, soft-edged, and utterly enchanting.

Raised in a rural trailer park near the Ohio River, Dillbilly grew up surrounded by cornfields and grain silos. More southern than midwestern, they were reared in the values of small-town life—but being queer in southern Indiana was not always easy. As soon as they finished high school, they went off to music school, embarking on a 20-year journey living in some of the most beautiful places. At 18, they won a piano scholarship that sent them to Berklee College of Music in Boston, MA. Over the past two decades, they have been performing across North America, releasing nine full-length albums and contributions to soundtracks for movies and TV under their birth name. Most of those releases were self-recorded and self-produced. Since moving to the Bay Area in 2015, they have renamed their musical self.

“Dillbilly is an homage to where I come from,” they explain. “It’s an honoring and an uncovering of the complexity in growing up queer and non-binary in the Bible Belt. After I moved to Oakland, the community of artists I found really fortified and expanded what I thought was possible musically. I started to believe in the abundance of my wildest dreams. The permission to be my full self also helped with this. I was in a community that was able to see me how I’ve always seen myself…non-binary. Oakland empowered me to call myself by my true name (and pronouns).”

This new feeling of community also inspired Dillbilly to open themselves to collaboration in a way that had previously been impossible. While most of their oeuvre was crafted basically alone in a room with instruments and recording gear, Chaparral represents the work of a group of kindred spirits coming together to lift up one of their own. Over the past two years, Dillbilly has been working with producer Julie Wolf (Indigo Girls) to record the record. This release features the likes of Vicki Randle (Mavis Staples), Todd Sickafoose (Anaïs Mitchell), Daren Hahn (Ani DiFranco), Allison Miller (Boom Tic Boom), James DePrato (Chuck Prophet), Kofy Brown (Skip the Needle), Jesse Strauss (the Bribes), and Rhonda Kinard (the Onyx). Throughout, the process has been guided by the steady hand of Briget Boyle of Waxsimile Productions.

To engage with deeply fraught topics head on is a crucial first step toward understanding and reconciliation. Chaparral brings the deep and troubling to the surface, and in doing so lets in the sunlight. “I hope folks feel held and inspired,” explains Dillbilly. “In this life there is room for joy, struggle, and hope. I hope folks see parts of themselves reflected and confronted, especially others like me. I hope this record is a balm for those who are hurting.” A lush, moody, joyful tapestry of songwriting, musicianship, and soundscape, Chaparral is evocative, vulnerable, and profoundly beautiful.
​
In addition to their new record, Dillbilly has launched a new podcast called Working Class Windows (WCW), which weaves songs and oral histories from queer and trans working-class folks from across the country. WCW is an exploration of the in/visibility of queer, transgender, and non-binary working-class communities. The WCW team includes Dillbilly; Rhonda Kinard, a musician and photographer from the Bay Area; and Briget Boyle, the founder of Waxsimile Productions. Dillbilly is also a member of the Waxsimile Collective, a team of interdependent artists moving forward together in the modern music industry.

Dillbilly on acoustic guitar, banjo, ukulele, piano, and vocals. The rhythm section for songs 1, 3, 4, 5, 6, 7, 8 was Todd Sickafoose on bass, Daren Hahn on drums, and James DePrato on guitars. Songs 2 and 10 were performed by Allison Miller on drums. Song 9 was performed by Jesse Strauss on bass, Kofy Brown on drums, and Rhonda Kinard on guitar.

Bandcamp Daily  your guide to the world of Bandcamp